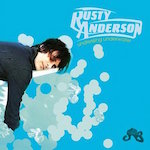 Rusty Anderson, “Everybody Deserves an A” from the album “Undressing Under Water” I mixed three songs for Rusty Anderson’s solo record in 04′ over a very fragmented time schedule as Rusty plays guitar for Paul McCartney. He was quite busy but determined to finish his record regardless, so we used a remote mixing method where I simply emailed mp3’s of the mixes to Rusty as the mix progressed. He would return notes or give me a call to discuss direction ideas and I would realize his vision.

Not all of it was pure mixing, much of the process was editing and experiments as Rusty likes to do, but mixing in Pro Tools HD exclusively made this possible because Rusty wasn’t able to get back with notes and ideas so quickly because of his crazy travel schedule. His mixes sat on my Pro Tools rig for months as we worked a little bit at a time and in between my other mix sessions.

Every once in a while Rusty would want to hear the mixes in full 44.1k 16bit CD format so I would upload the large AIFF files to my FTP server and he would download them and burn a CD on his LapTop. It never mattered what part of the world he was in or even if he was home in L.A. just 10 miles away from my studio and couldn’t come by, lol. He absolutely loved the results and enjoyed the remote mixing process.